The Mérieux Foundation USA is guided by a team of experts in science, public health and business.

Our Board of Directors 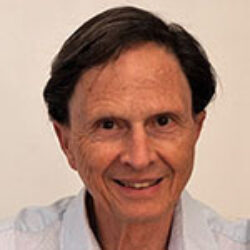 David Heymann is currently Professor of Infectious Disease Epidemiology, London School of Hygiene and Tropical Medicine and Head of the Centre on Global Health Security at Chatham House, London. Up to March 2017, Dr Heymann was Chairman of the Board, Public Health England, UK. Previously to this he was the World Health Organization’s Assistant Director-General for Health Security and Environment and the representative of the Director-General for polio eradication. From 1998-2003 he was Executive Director of the WHO Communicable Diseases Cluster during which time he headed the global response to SARS, and from October 1995 to July 1998 he was Director of the WHO Program on Emerging and other Communicable Diseases. Prior to that Dr Heymann was the Chief of research activities in the WHO Global Program on AIDS.

Before joining WHO, Dr. Heymann worked for 13 years as a medical epidemiologist in sub-Saharan Africa on assignment from the US Centers for Disease Control and Prevention (CDC). In this capacity he was part of the team that responded to the first and second outbreaks of Ebola Hemorrhagic Fever and supported ministries of health in designing and implementing programs in infectious disease prevention and control, with emphasis on field research on childhood diseases, malaria and the African hemorrhagic fevers.

He is a member of the Institute of Medicine of the National Academies (United States) and Fellow of the Academy of Medical Sciences (UK); he has been awarded the 2004 Award for Excellence of American Public Health Association; the 2005 Donald Mackay Award from the American Society for Tropical Medicine and Hygiene, and the 2007 Heinz Award on the Human Condition. In 2009 he was appointed an honorary Commander of the Most Excellent Order of the British Empire (CBE) for service to global public health. 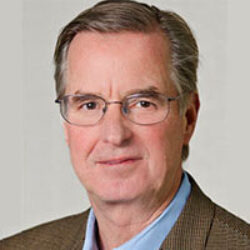 Dr. Andrus is Adjoint Professor and Director of the Division of Vaccines and Immunization of the University of Colorado’s Center for Global Health. He is also Adjunct Professor for Global Health at George Washington University. Dr. Andrus leads efforts to advocate for the evidence-based use of vaccines in developing countries. Over his >35-year global health career Dr. Andrus has served as Deputy Director of the Pan American Health Organization (PAHO); Director and Lead Senior Technical Advisor for PAHO’s immunization program providing oversight for PAHO’s measles-rubella elimination and other immunization initiatives; and the Regional Advisor for polio eradication in WHO’s Southeast Asia Region from 1993-2000. He has also held positions as Head of the Vaccinology and Immunization Program at the Institute for Global Health at the Universities of California at San Francisco and Berkeley; and Professor and Director of the Global Health MPH Program at George Washington University.

Dr. Andrus began his global health career as a Peace Corps volunteer, serving as the District Medical Officer in Mchinji, Malawi. Currently, Dr. Andrus serves on several global health advisory groups, including: Chair of PAHO’s Regional Commission for Re-Verification and Monitoring Measles Rubella Elimination in the Americas, Member of PAHO’s Technical Advisory Group for Vaccine Preventable Diseases, Member of WHO’s South East Asia’s Regional Verification Commission for Measles and Rubella Elimination. Dr. Andrus has published more than 120 scientific peer-reviewed papers. He has received numerous awards for his leadership in the eradication of polio, measles, rubella and congenital rubella syndrome, as well as for the introduction of new vaccines in developing countries. 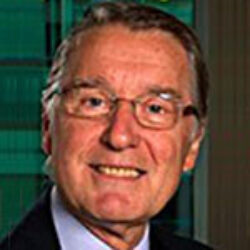 Mr. Cherpitel has an extensive background in banking, humanitarian organizations and corporate business. A graduate of the Institut des sciences politiques in Paris, Mr. Cherpitel did his national service in Abidjan, Ivory Coast, where he did voluntary work in 1969 and 1970. From 1970 to 1998, he worked as a commercial, private and merchant banker for JP Morgan in New York, Singapore, Brussels, Paris and London. He oversaw JP Morgan in France from 1988 to 1996. Mr. Cherpitel was elected Secretary General of the Federation of National Red Cross and Red Crescent Societies in Geneva, a post he held from 1999 to 2003. From 2004 to 2008, Mr. Cherpitel was the Chairman of ATOS ORIGIN, the second largest European IT company, listed in Paris. He served on the Board of several listed companies and numerous foundations and NGOs in Switzerland, France, Great Britain and the Benelux countries. He founded Managers Without Borders in partnership with Université Laval in Quebec in 2005.

Mr. Cherpitel has served on the Board of Directors of the Mérieux Foundation in Lyon, France as Treasurer since 2005. 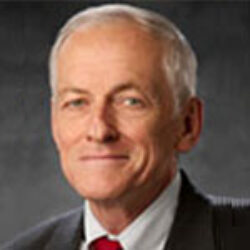 Dr. Kevin De Cock , was born in Belgium and graduated in medicine from the University of Bristol, United Kingdom, in 1974. He specialized in internal medicine and then undertook further training in infectious and tropical diseases and hepatology. He joined the US Centers for Disease Control and Prevention (CDC) as an Epidemic Intelligence Service (EIS) Officer in 1986. He has held faculty positions at the University of Nairobi, Kenya, the University of Southern California, and the University of London where he was Professor of Medicine and International Health. He was founding Director of CDC’s Projet RETRO-CI in Cote d’Ivoire, CDC’s Division of HIV/AIDS Prevention – Surveillance and Epidemiology, and CDC’s Center for Global Health. He served as Director of the World Health Organization’s Department of HIV/AIDS; Director of CDC programs in Kenya; and CDC Ebola Response Team Lead in Liberia and the Democratic Republic of Congo. He has received various awards including CDC’s William C. Watson Jr. Medal of Excellence; the Chalmers Medal, Royal Society of Tropical Medicine and Hygiene; Commandeur de l’Ordre de la Santé Publique (Commander of the Order of Public Health), Côte d’Ivoire; the CDC and ATSDR honor Award for International Health; and the CDC Mackel Award. He has over 380 publications, chapters, and articles, and is fluent in English, French, and Dutch. Since retirement from CDC end-2020, he has worked as an independent consultant (UNAIDS, FHI 360) and has taught at the University of Oxford, UK, and the Insitute of Tropical Medicine, Antwerp, Belgium. 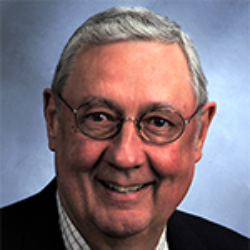 Dr. Johnson is the B.H. Kean Professor of Tropical Medicine and the Director of the Center for Global Health at the Weill Cornell Medical College. He has devoted his career to research and training in resource-poor countries, with a focus on tropical diseases, tuberculosis, and HIV/AIDS. His research has served as a vehicle for the training of several generations of outstanding investigators, and the development of long-term research and training programs in Brazil (1969), Haiti (1979) and Tanzania (2006). He has received over 4 decades of uninterrupted research and training support from the National Institutes of Health, including an NIH Merit Award. He has served as a mentor for over 60 postdoctoral trainees, including 18 NIH K-award recipients. Dr. Johnson has also served as a Director of the American Board of Internal Medicine, the IDSA Council, and on the Advisory Councils of the NIH and the NIAID.

In Tanzania, Dr. Johnson directs a multidisciplinary collaboration between Weill Cornell Medical College and the Weill Bugando University College of Health Sciences in Mwanza, Tanzania. This is a bidirectional exchange of over 50 US and Tanzanian faculty and residents between Cornell in New York and Tanzania, in both the basic sciences and clinical departments. In Brazil, he has performed clinical and laboratory studies on leishmaniasis, leptospirosis, schistosomiasis, leprosy, and HIV/AIDS. In addition, over 300 Brazilian investigators and clinicians have received training in Brazil or in the US through this program. He was elected to the Brazilian National Academy of Sciences in 2006. In Haiti, he was a co-founder of the Cornell-GHESKIO Program in 1983. In 2010, GHESKIO received the Gates Foundation Award for Global Health, which carries a $1 million honorarium in recognition of its “major and lasting contributions to the field.” 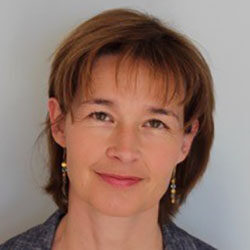 Ms. Mehler holds a post-graduate degree in business law and economics from the University of Panthéon-Assas (Paris II) and a qualifying certification for the practice of law. She began her career as a lawyer in Paris, and in 1999, she created an editorial site dedicated to culture and youth. Since 2017, she is working as a mediator. 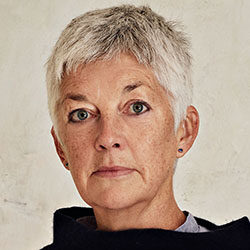 Ms. O’Brien has been consistently acknowledged as a leading M&A lawyer and has received a “Dealmaker of the Year” award by The American Lawyer.

Prior to joining Shearman & Sterling, Ms. O’Brien worked with the law firm of Brady & Tarpey, P.C., where her practice included cross-border corporate transactions, litigation and domestic relations. She began her legal career at the Irish law firm of Eugene F. Collins & Son.

Our Team based in Washington, D.C. 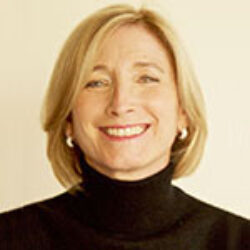 Koren Wolman-Tardy is the Chief Executive Officer of the Mérieux Foundation USA since March 1, 2020. Before joining the Mérieux Foundation USA, she was Fondation Mérieux’s Communication Director, since 2013, and a member of the foundation’s Management Committee since 2015. Prior to that, she worked in the healthcare industry, leading external communications at bioMérieux (2005-2012) and media relations at Sanofi Pasteur (2002-2004). She also has experience in communications and development in the non-profit sector and was in charge of development for the Aspen Institute of France (1997-2001). Koren Wolman-Tardy began her career in television, working, among others, as a journalist and producer for the French network, M6, and US network, CBS.

Of French and American nationalities, she is a graduate of Brown University (Providence, Rhode Island, USA). 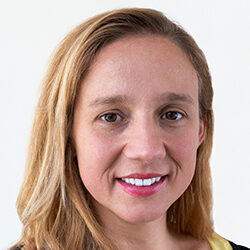 Aline Frimon-Richard joined the Mérieux Foundation USA as the Finance and Operations Director in May 2020. Holding a Master’s degree in International Management, she is a multi-lingual finance expert with over ten years’ experience in Finance, Logistics, Procurement and HR, with an international background gained in multiple industries and countries. Before joining the team, she was the Regional Finance and Logistic Director based in the Sahel for Marie Stopes International and worked for the American NGO Population Services International as a Field Finance Advisor, building capacities in the countries. 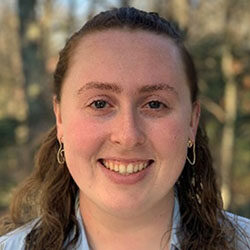 Allegra Molkenthin joined the Mérieux Foundation USA team as the Programs and Operations Officer in June 2020. A Congressional Award Gold Medalist, she completed her BA in History and Global Health at Middlebury College in Middlebury, Vermont, USA, with a year at Keble College, University of Oxford, United Kingdom. Allegra’s prior experience includes work and volunteering at nonprofits focused on uplifting vulnerable populations, human rights and emergency response such as HealthRight International, Amnesty International and Americares.